5 Easy Ways To Set Goals (That You Can Achieve) 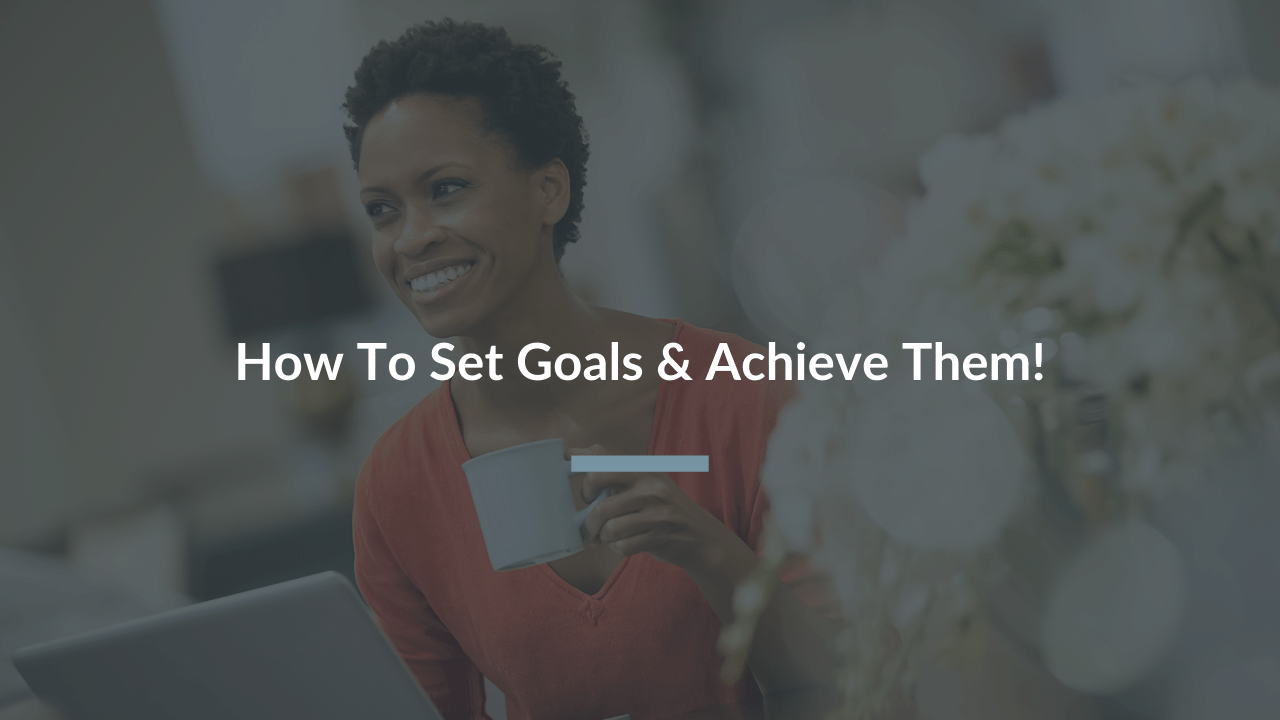 “All things are possible for those who believe.” - olympic champion Gail Devers
Achieving anything requires faith and an ardent belief in yourself, as well as bucket-loads of hard work and determination. So let’s talk about how you can focus and achieve whatever it is you want to achieve.
Here are the five things you should do during your goal setting stage, before you go to market with your idea or product.

The first thing that you have to keep in mind is that you’ll be walking before you can run, and using training wheels before you can ride a bike without them. More than anything, you have to believe in yourself, and training wheels give us a great analogy to work with: when you were first starting out riding a bike, you used training wheels because without them, you would crash—obviously!
So to build up your confidence, and build up your skills just enough, you started with training wheels. That’s what you have to do with building your Brand. Don’t expect everything to go perfectly straight away. There are going to be dips in the road, crashes, bumps and bruises. That’s life.

2) Be Open to Learning New Things

Next up, you have to be open to learning new things. There’s just no way you could survive in the big bad world out there without being able to think on your feet, adapt and adjust. Think back to when you were younger. There was so much that our parents told us which, at the time, we dismissed out of hand—‘I’ll never need to know that, I’m gonna live my life my way!’ Well, years later we collectively realise that they were talking sense after all.
It’s the same in business. You have to look to people who have already achieved what you’re looking to achieve.
We call them Visionaries, because that’s what they have: Vision. You can find out what these people think through interviews, biographies and news stories about them and apply these ideas to your own business.
Visionaries, more often than not, are more than happy to help people who are just starting out with advice on what roadblocks they’re likely to face in the future, so look to them for as much guidance as possible.

Third, you’re going to need to think about the fight or flight response. It’s simply a part of human nature, and it applies to plenty of things apart from life or death situations.
In a much subtler way, it applies to learning new skills. Think of what triggers your fight or flight response: new things, unknown things, potentially dangerous things. Learning a new skill fits exactly in that set, as do deadlines.
You need to be able to monitor yourself for fight or flight responses, because otherwise you’re going to be making excuses for yourself when you avoid the task at hand.
Learning new skills is scary, so if you’re lacking in confidence already, that’s something you need to consciously monitor and learn to avoid. The best thing to do? Say to yourself: my goal is X, and I need to achieve it. To achieve my goal, I need to hit milestones A,B and C. It’s as simple as that. You can also use previous goals and previous milestones to remind yourself that you’re perfectly capable of achieving whatever it is you want to achieve.

4) Don’t Be Afraid To Outsource

So, like we said, deadlines are important. But you’re not going to be able to achieve everything you want by yourself.
Think of it this way: let’s say you want to create a Logo. You could spend days and days on end doing nothing but researching color schemes, different designs, fonts, and trying to get a trial version of Photoshop to work. Or you could hire someone who’s been to college to do it for less than a couple hundred bucks.
It’s difficult at first to part with cash for things like Logos and Website Design, but in the end, you’ll be doing yourself a real favor.

Everyone wants to be a trailblazer. But trailblazers, more often than not, are either Einstein-level geniuses or quite lucky indeed. Now, you might be an Einstein-level genius, but whether you are or not, you’re going to do best by following a proven system like the Visionary Planner.
Why?
Because even if you’re going to invent the next iPhone, maybe you’re no good at people skills. Or maybe you’re an amazing marketer, but you need help when it comes to product design. What we’re trying to say is that you’ll almost always save time, money and effort by following a proven system rather than trying to go it alone.
If you follow these five steps, you’ll be well on the way to planning a successful business venture. But what about actually getting it done? Well, that takes a whole other set of skills. Here’s what it takes:

The first thing it takes, which you should already know, is that you have to set goals. But what you might not appreciate is that your goals have to be as solid as concrete.
You can’t have a goal to ‘run a successful business’, because there’s nothing about the goal that tells you how to do that. Instead, you need to set a realistic, specific goal.
So instead of saying that you  want to ‘run a successful business’, say instead that you ‘want to generate a passive income of at least $1,000 per month.’
This gives you more of an idea of what to aim for, which can make all the difference on those rainy mornings when you don’t want to get out of bed.

b) Break Up Your Goals

Once you have your concrete goal, you have to break it into bitesize chunks. That’s how you get results. Like we’ve talked about before, use maps to visualize how you’re getting from A to Z, and set deadlines and milestones for you to hit on the way. If you need something to help you plan it all out, we highly recommend that you check out Trello.com’s free project management tool.

Next up, you have to think about what’s going to stop you from being able to achieve your goal. What are the roadblocks, distractions or other bits of your life that are going to get in the way of your success?
Say for example that you know you’re going to be moving house in the near future, or you’re planning on having kids. Moving house is going to be a huge hurdle, because it’ll demand all your time.
Plan around these roadblocks so that you’re not expecting too much of yourself when you have something else to attend to.

Our next tip is to make sure that you set specific focus time for your project—and actually get started on it!
We recommend that you don’t work for much more than 45 minutes to an hour at a time.
Why?
Because if you work for hours on end, days on end, you’re going to get carpal tunnel syndrome
and burn yourself out!
Give yourself breaks to have something to eat, have something to drink, get some fresh air or just chill out. And then, just as important, once break time is over? It’s over. Don’t bring Facebook or Instagram back to your desk. Give your project your undivided attention when you work on it.

Our next tip is that you should leverage help wherever you can. You’re the one with the idea, and maybe you have a background in sales, or marketing, or HR; that’s what you bring to the table (along with all the charisma, no doubt). You’re not a web designer, or an artist, or a content creator, or (depending on your background) a marketer or salesperson. With outsourcing, you bring in external help for a fraction of the value it’s going to bring in. You can spend $50, $100 or even thousands of dollars on design and content that’s going to earn you many times more in return.

Alright, next up is a fairly simple tip: don’t stop. Keep on going. Persevere. There’s a long road between setting your goal up for the first time and actually achieving it, and it’s a tough one.
One of the biggest problems is perfectionism. There’s going to come a point when there’s something you should really finish and move on from, but you feel that you can’t. Call it your website. Maybe you want to send it back to the designers for them to move this around, change the layout a little, and then it’ll be perfect.
The problem is that it’ll never be perfect, and you have to learn to accept that, otherwise you’re going to get miss your deadline for Project D and put everything from Project E onwards on hold. Not good.

Our seventh tip is to do everything you can to silence that inner critic. Now, you can’t be too open-minded—otherwise your brain is going to fall out the back of your head.
But at the same time, there’s no point judging yourself too harshly for getting something wrong first time.
When you talk about something creative like drawing, writing or playing a musical instrument, you don’t keep that first draft or record that first playthrough. No, you give it a go, and then you work with what you have. You improve it until it looks a little more like what you envisioned in your head.
So when you get something wrong on your long road to success, don’t judge yourself too harshly. Just pick yourself up and try again.

Next, you have to remember to put a little distance between yourself and your work from time to time. If you do nothing but work, it’s going to eat you up. Don’t just plow through it, take little breaks to recharge, like we were talking about earlier. On top of that, take a day off here and there just to give yourself a little perspective, and a little chance to refocus; because if you get in too deep, you end up going down a rabbit hole on one subproject or other, and lose sight of your big goal.

Last but not least, you have to celebrate and reward yourself when you do achieve what you’re looking to achieve.

Take a look over your finished projects so that you can:
A) make sure everything’s in order, and
B) let yourself feel a little pride in your accomplishments.
There’s nothing wrong with that, because what you do is hard, and you deserve to feel that the long nights and early mornings were worth it.
So that about wraps up our guide on how to focus on your projects, no matter how big or small they are.

Click the button below to see how our step-by-step system will save you 100s of hours of trial and error.  It builds and launches your marketing, branding, automations and offer in as little as 7 days. 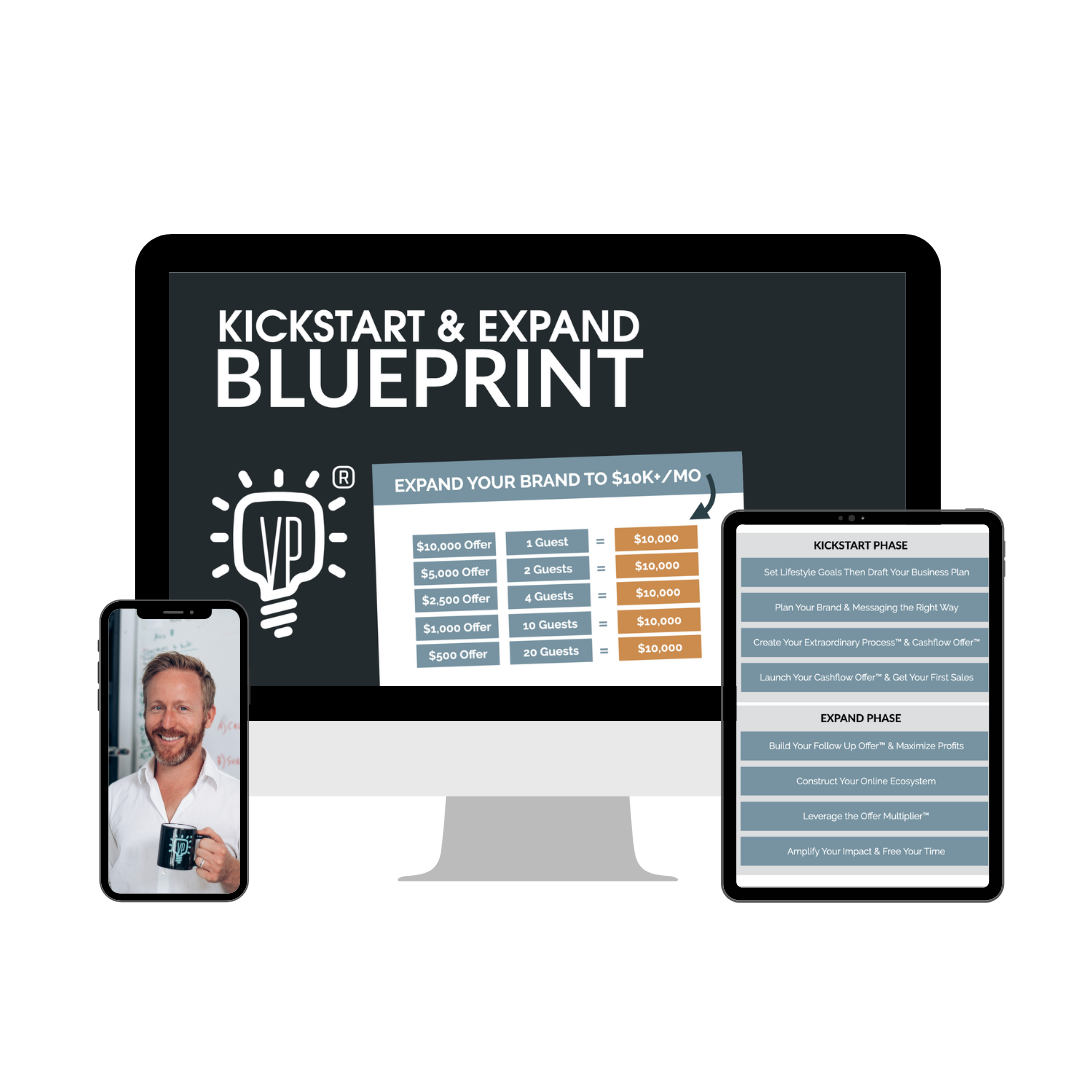 Discover the 4 magic steps to freeing your time, getting more clients and getting paid to do what you love!

YES, I WANT THIS! 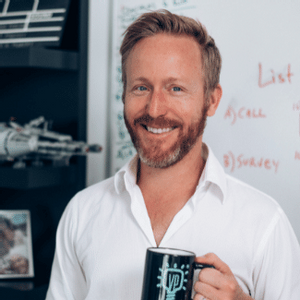 MIke L. Murphy designed animation and visual effects in Hollywood on such blockbusters as Harry Potter, Lord of the Rings, Fast & Furious and Ironman. His background in project management and storytelling gave him the unique insights to turn something as complex as building a brand as efficient as possible. 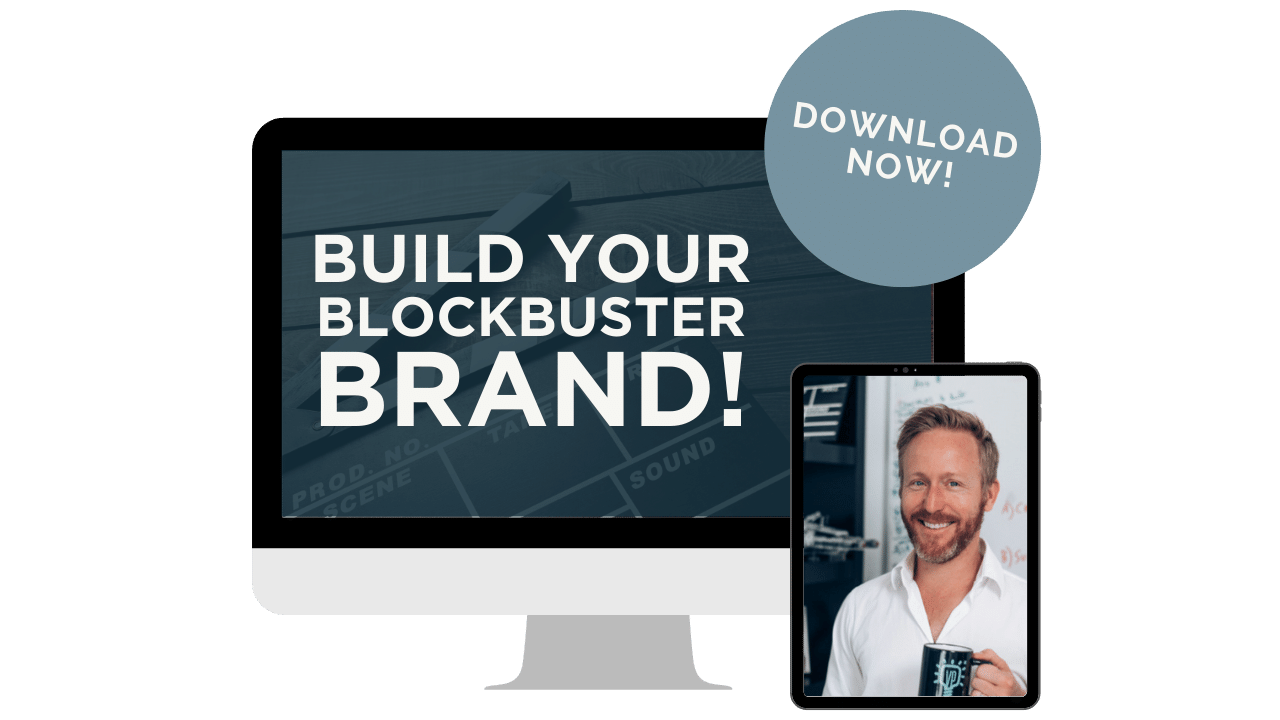 Discover the step-by-step strategy to build a 'Blockbuster Brand' that lets you get paid to what you love. 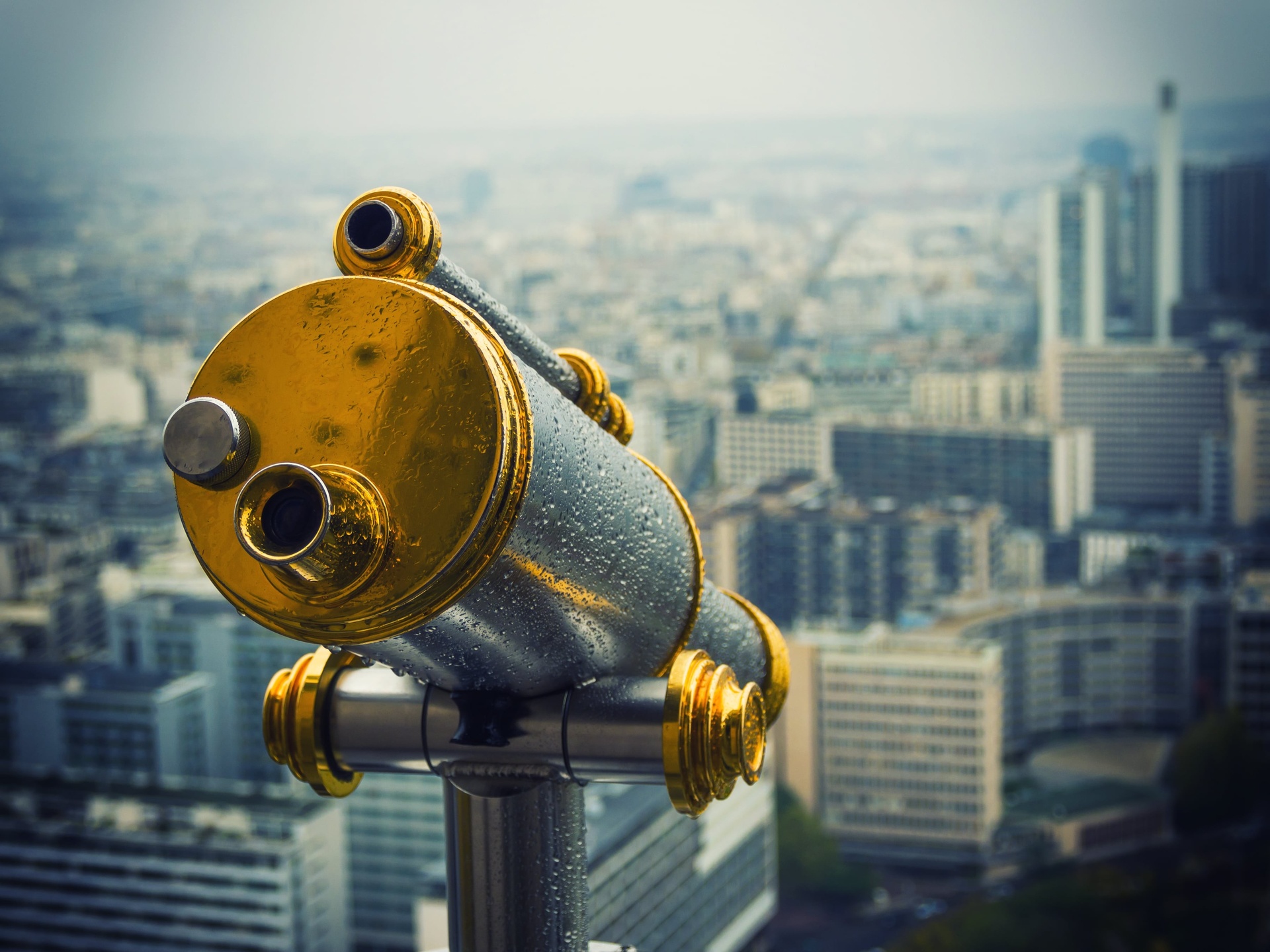 Enter your info below to get a sneak peek, and to be notified when enrollment begins.